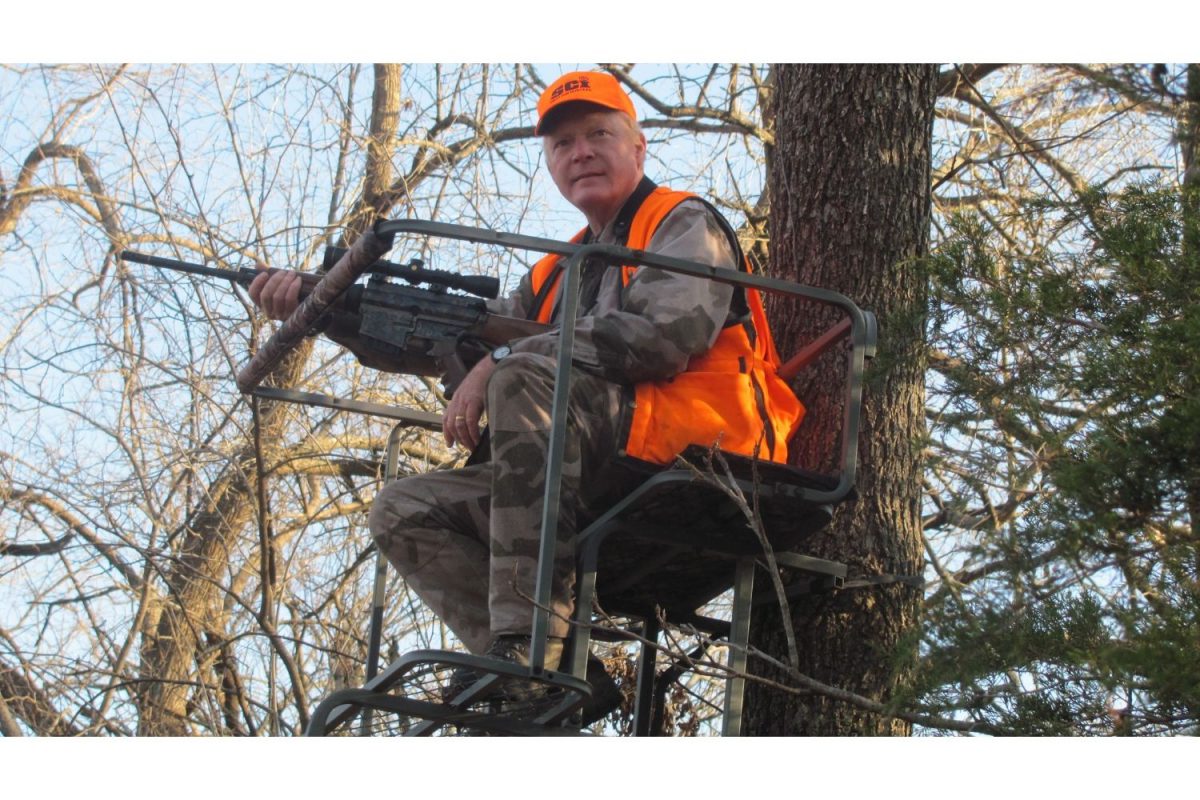 In the 40-odd years I’ve been doing this (and something north of 5000 articles), I don’t think I’ve ever written an article in praise of the .308 Winchester. This is embarrassing and downright shameful! After the .223 (5.56x45mm), the .308 Winchester is the most popular centerfire cartridge in the western world. In part, this is due to its adoption and widespread use by NATO nations (as the 7.62x51mm). However, its popularity is also based on pure merit: It is accurate, powerful, and versatile; and easily adaptable to the full range of rifle actions: Pump, lever, bolt, semiauto, single-shot.

The .308 Winchester and I are of an age; we both came into this world in 1952. The .308 is based on the .30-06 case shortened (from 2.494 inches to 2.015 inches. I like to remind people that the .30-06 is the most powerful cartridge ever adopted by a major military. In shortening the case, the intent was not to create an emasculated cartridge. Rather, it was designed as a military cartridge that could be used in a shorter, lighter, and more efficient self-loading action than the long, heavy Garand. In initial testing it was called “T65” and adopted in 1954 as the 7.62×51.

Obviously, figures lie and liars figure. It depends on the load, and who is doing the loading, but it’s in the ballpark to say that the .308 Winchester is about 93 percent of the .30-06 in velocity, at least with bullets up to 180 grains. With extra-heavy bullets case capacity starts to tell, and the gap widens. But, realistically, with the great hunting bullets we have today, how many of us actually hunt with 200 and 220-grain .30-caliber bullets, especially in .308 and .30-06 rifles? I submit that few game animals will notice that seven percent difference! I suppose the only excuse I can offer for my long neglect of the .308 Winchester: The .308 and .30-06 are so similar in performance on game that, in my mind, I separate them little. With more velocity and more energy, I suppose the .30-06 is a slightly better elk cartridge. However, both cartridges are fully adequate for elk and moose, and the .308 is plenty of gun for any deer that walks!

For about 60 years (1920s into the 1980s), the .30-06 was America’s most popular hunting cartridge, which carried the huge advantage of widespread availability. We have a lot more choices today, and the .30-06 hasn’t been our standard-issue military cartridge for 65 years. The .30-06 is still popular, but the .308 is more popular, in part because of its better availability in semiautomatic platforms.

The .308 is often praised for its mild recoil, but I want to be careful about that because it is not a mild cartridge. In rifles of equal weight, it will kick noticeably less than the .30-06. However, because of its shorter and more efficient case, the .308 needs a bit less barrel to reach full velocity. So, with a shorter, lighter action and an inch or two less barrel, most .308s are lighter than .30-06 rifles. Reduce gun weight and recoil increases. The .308 may not be ideal for youngsters or shooters of smaller stature…especially in very light rifles!

The .30-06 and .308 are just two of dozens of great cartridges. It’s impossible to use them all and love them all equally, so it comes down to confidence in one’s choice. I’ve used the .308 quite a bit with perfect satisfaction…but I have more experience with and more confidence in the .30-06. I doubt this will change, but people I respect prefer the .308. My Dad was one of them; he did almost all of his hunting with an early M70 Featherweight .308, including moose and bear. My friend Kyle Lamb, retired special operations Sergeant Major, is a .308 guy, rarely abandoning his semiauto platform…and not minding the weight. Old industry friend Linda Powell, now with Mossberg, long with Remington, is a .308 lady. Pre-pandemic, in Sonora, she shot a fantastic Coues whitetail at some ridiculous range with her .308.

Another friend, Ron Silverman, is a die-hard .308 fan and has four rifles so chambered. Recently he told me why he uses the .308. “It is not the .308 per se that I like. I just got started on it over 20 years ago. I’ve learned the accuracy, drop, velocity, and energy with the .308. I know the recoil, I know what it does best, and what I dare not attempt. I have my pet loads; I’ve tested my data from fifty yards all the way out. With all the variables addressed, if something goes wrong, I can figure out the problem: Scope, bullet, powder, etc.

And: I practice all the time with all my .308 rifles! I could be using the .270, .30-06, or .300 Winchester Magnum…in the final analysis, the round doesn’t matter to me. That I know, understand, and can deal with the variables of the .308 makes my life of shooting very easy. In the field I am confident. I could do the same things with a different cartridge but, like my father told me, “If it ain’t broke, don’t fix it!” Ron hunts with us in Kansas, and all his deer are well-shot, no tracking. He makes his .308s talk!

In this Wholesale Hunter Blog Craig Boddington discusses older rifles and compares the quality and value of older rifle Vs newer ones. 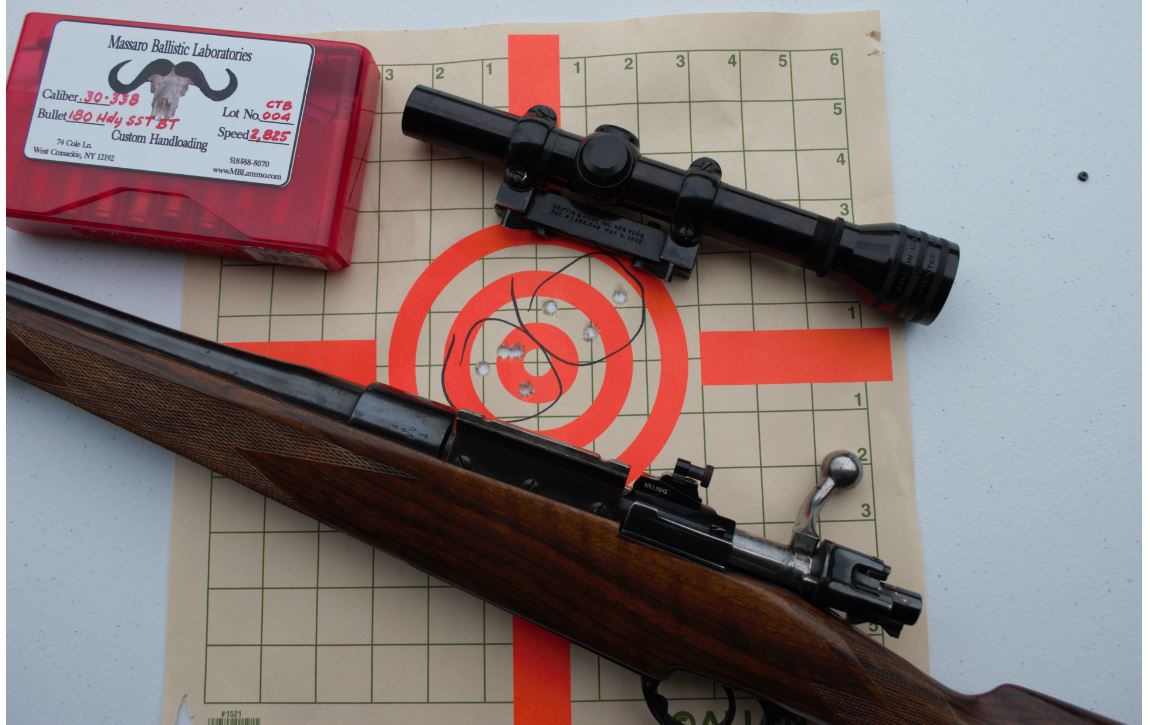 Modern factory rifles are amazing, complete, reliable, and more accurate than ever before. In today’s dollars, basic bolt-actions, are more inexpensive than ever before. There are dozens of good models under $600, and some excellent new bolt-actions available for little more than half that. Almost invariably, most basic bolt-actions wear synthetic stocks, free-floated barrels, rust-resistant metal, and push-feed actions. No problem, they work and shoot well. And, of course, I shoot them, hunt with them, and write about them.

However, my personal tastes run much more to good old walnut, mated and carefully fitted to blued steel. These features are available in new rifles of all action types. But you’ll pay more for them. It comes down to manufacturing costs. Synthetic is less costly than wood…and requires less hand-fitting and final finishing. Other action types, whether lever, semiauto, etc., are generally more expensive than basic bolt-actions; and controlled-round-feed (Mauser-type) bolt-actions are costlier than push-feed actions. Again, manufacturing costs: Number of parts, raw materials, and both machining and assembly time. Just the way it is!

END_OF_DOCUMENT_TOKEN_TO_BE_REPLACED

Today’s factory rifles are, on average, more accurate than I thought possible when I started shooting. American hunters and rifle shooters have long been obsessed with raw rifle accuracy, probably more today than ever before because of the growing fascination with long-range shooting. How much accuracy is really needed depends entirely on what you intend to do. Bench-rest and thousand-yard competitors need all they can get, and so do varmint hunters. Most big-game hunters probably have more accuracy than is truly necessary—but it’s a wonderful confidence builder to know that your rifle is capable of producing teeny, tiny groups!

That’s a valid reason to demand extreme accuracy—and it’s amazing how many of today’s basic, inexpensive factory rifles deliver. I think this is because, with modern manufacturing, factory tolerances are tighter than ever, with more consistent barrels. When I was a kid, we figured a factory bolt-action that produced 1.5-inch 100-yard groups was pretty darned good. Rifles shooting one inch and better were cause for bragging. Today it’s amazing how many factory bolt guns retailing for less than $500 will consistently produce one-inch 100-yard groups.