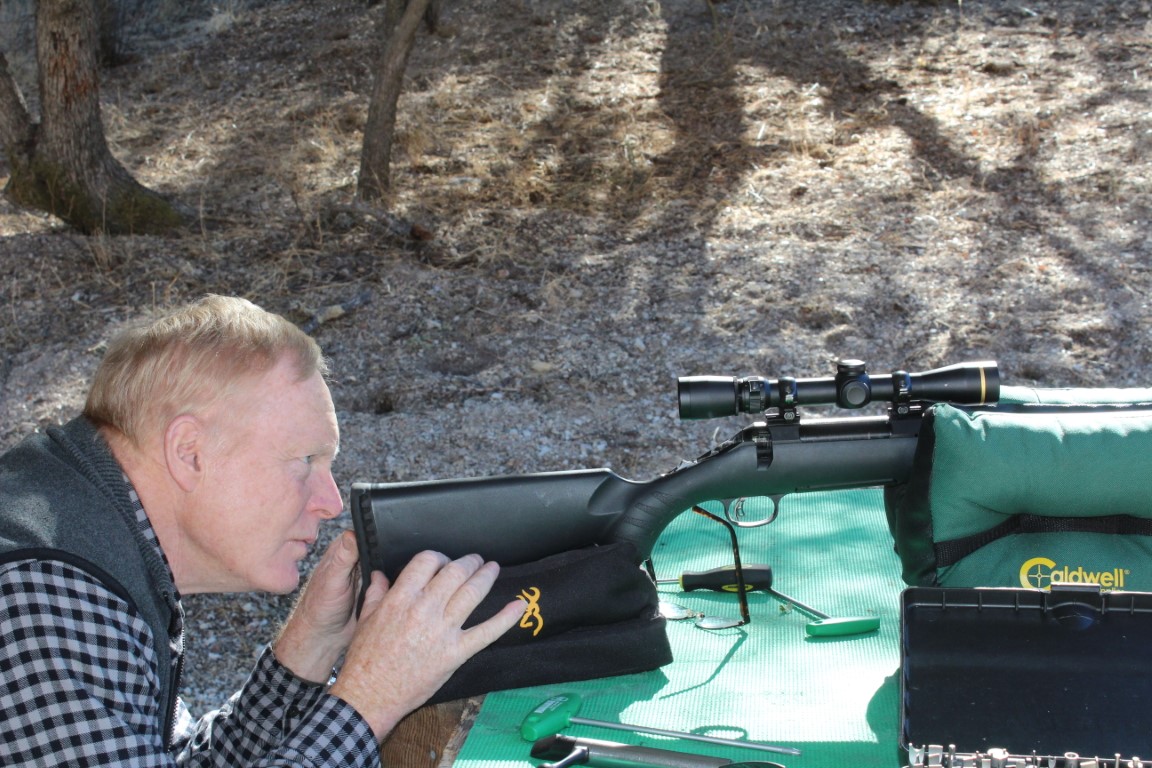 With apologies, for some it’s too late! Rifle deer season opened in August in such diverse places as Alaska, California’s “coast zone,” and parts of South Carolina. I hope you were ready but, for most of us, deer season lies some weeks ahead. So now, as the summer doldrums persist, this is the time to get to the range and make sure your rifle is perfectly in zero and ready for the Blessed Opening Day!

Human Nature being as it is, many of us wait until the last minute, trusting Old Betsy. If she responds as usual, not a problem. However, in these times of pandemic ammo shortages, it’s better than ever to plan ahead and get to the range early.

While it’s critical to be sure you’re properly zeroed, I try to expend as few rounds as possible! Here’s how I do it:

GOT A SCREW LOOSE?

Saving ammo makes the first step even more important: Make sure all your screws are tight! A friend of mine in Kansas needed to zero his .243. It was a “package” rifle with an inexpensive scope. I’ve often had good results with inexpensive scopes of various brands, but, oddly, this scope was completely unmarked other than “3-9X”: No manufacturer or origin! Results were so erratic he ran out of ammo before he got it zeroed and suspected a bad scope. He left it with me, but I had no .243 ammo. I called around and neighbor Mark Woods found a couple boxes.

I agreed, probably the scope but, rather than waste more ammo, I checked all the screws. The bases were tight, but ring screws could have been tighter. That doesn’t mean the scope was good or bad; with loose screws there’s no way to know! Rather than mess around, I dug into the safe and found an older Bushnell I could lend him, knowing it had held zero on other rifles.

Mounting a scope is more difficult than checking screws, but both are a whole lot easier with proper tools! I carry gunsmith screwdrivers and Allen wrenches just about everywhere, always regretting it when I leave my little kit behind! Wheeler’s FAT Wrench torque screwdriver is a wonderful tool; you want to get screws plenty tight…but not so tight that you shear them off. Absent specific manufacturer’s instructions (a worthwhile read!), I set the FAT Wrench at 25 inch-pounds.

If you’re shooting a bolt-action, don’t forget to check the action screws! A loose action screw plays havoc on accuracy. Over-tightening can be just as bad; it’s possible to literally suck the action down into the stock, creating a bind between action and barrel. Snug, but not cranked down with all your strength!

We still don’t know if the original “unmarked” scope is good or bad. We do know it wasn’t the gun! I got it on paper, adjusted to 50-yard zero, took it to 100 yards, and shot a one-third-inch three-shot group. Mission accomplished with seven rounds expended.

Before you can establish zero, you gotta get on paper. If the rifle is an old friend, maybe you can start at 100 yards, but if it’s a new rifle, new scope, or screws were loose, you’ll save ammo by starting out with a good-sized target much closer!

In order to hit any target, the line of barrel and line of sight must be roughly aligned. Gun shops and many serious shooters use optical and laser bore-sighters. Being old and a bit old-fashioned—and not needing to zero rifles daily—I usually bore-sight by eye. I have seen anomalies with optical and lasers, and I can usually get about as close by eye. Doesn’t matter how, the goal is to get on paper!

So long as you start with a checked-and-empty rifle, you can bore-sight anywhere, but I prefer doing it at the range because you must have a steady rest and a good aiming point…like a paper target. Doing it by eye assumes you can get behind the rifle and look through the barrel, then lift your head and look through the scope or sights. With bolt-actions, remove the bolt. Bore-sighting is also easy with most single-shots. With ARs, I detach the lower receiver and remove the bolt, resting the upper and barrel. More on other actions later!

You are ready to fire a close-range sighter. Chances are the first shot won’t be perfect, but you should be on paper. If not, check bore-sight again. If it’s still looks good, move the target closer. This is not the time for ego; save ammo and get on paper!

Once on paper, adjustments are made normally, following the “left or right, and up or down” arrows on the turret or, with iron sights, moving the rear sight in the direction you need to move the bullet strike. For scopes, you’ll need some math. Most common with American scopes today is ¼ MOA, meaning each adjustment is supposed to move the strike about ¼-inch at 100 yards. Four clicks to the inch…at 100 yards. If you got on paper at 50 yards, double the clicks; at 25 yards, quadruple the clicks. Do not expect the clicks to be consistent; only very good scopes have perfect adjustments! Articles have been written about “three-shot-zeroing” and such, but these usually assume perfect adjustments, and that’s not the real world. This is why I start with a close-range zero!

With guns that don’t allow removing the bolt (lever and slide-actions, muzzleloaders, some semiautos, most handguns) bore-sighting through the barrel isn’t possible. Love my lever-actions, but getting on paper can be more difficult. If you have access to an optical or laser bore-sighter, fine. If not, start close with a big target! We keep butcher paper on the range and mark an aiming point. With scoped bolt-actions, I usually start at 50 yards with a standard 12×12-inch target. I expect to be on paper with the first shot…but I’ve done this a lot! With other firearms, I start at 25 yards or use a larger target. You must get on paper. Once you have a starting point, adjusting the strike is pretty simple.

With rifles, there’s an urban legend that “if you’re on at 25 yards, you’ll be good at 100 yards.” This is possible with iron sights, where line of bore and line of sight are close together, but untrue with scopes because, the larger the scope and the higher the mount, the greater the distance between line of bore and line of sight. With scopes and high-velocity cartridges, if you’re “on” at 25 yards, your strike will be too high at 100 yards. At 25 yards, I adjust to an inch low. With larger scopes and fast cartridges, “dead-on” at 50 yards is usually still too high at 100. A half-inch low at 50 yards is often pretty close at 100.

Whether 25 or 50 yards, I establish an approximate close-range zero before I move out. The closer you are, the easier it is to be precise. Sighting in, and all benchrest shooting, is about removing human error and allowing the firearm to do its work.

What happens next depends on the firearm and its intended purpose. With iron sights, I zero at 50 yards and I’m done; I can no longer resolve open sights well enough to shoot meaningful groups at 100 yards! Likewise with specialized tools: Most slug guns and muzzleloaders; big bores for dangerous game.

For scoped rifles and handguns that have the capability, next stop is 100 yards. Before making adjustments, I’ll usually shoot a three-shot group, to see if the firearm will group with the load I’m using; and to see where the group prints. With reasonably accurate rifles and decent optics, there are often disparities, a bit right or left, or farther up/down than expected. 50 yards is too close! I start with a group, and then adjust to the desired point of impact. If the scope’s adjustments are accurate, this could take just one more shot.

We haven’t practiced or compared different loads, but as far as sighting in, we’re done. With good bore-sighting and a bit of luck, seven to max ten rounds should do it! Where final point of impact should be depends on the firearm, scope, intended purpose…and personal preferences. This is actually a more complicated subject, so I think I’ll leave it until next month. That will still be ahead of most of our firearms big-game seasons!

Serious benchrest shooting is one of the most demanding shooting disciplines. It’s essentially a scientific search for ultimate accuracy. I don’t pretend it’s my game. I’m primarily a hunter, and my preference is to get away from the bench and spend as much practice time as possible shooting from field positions.

However, shooting from the bench is essential for achieving the desired zero, as well as determining the level of accuracy your rifle delivers and which loads produce optimum accuracy. So, although I have never been and probably never will be a benchrest competitor, I do a lot of benchrest shooting.